The EPTIC MAGAZINE, an initiative of the Observatory of Economics and Communication (OBSCOM) of the Federal University of Sergipe (UFS), announces that the call for papers for the January-April edition, vol. 20, n. 1, which will be the dossier: “Marxist studies on communication and culture”. Interested researchers can submit complete papers by September 30th.

The dossier is part of the commemorations of the 150th anniversary of Karl Marx’s first volume of The Capital. The tribute is based on the view that the elements of Marxist criticism have contributed greatly to the development of communications academic debates throughout the twentieth and twenty-first centuries by highlighting the role of media in the accumulation of capital; the commodification of culture and its specific features; the process of subsumption of intellectual labor; resistance in the production and reception of cultural products; the ideology in the media contents; inequality in communication flows between countries, among other issues.

The dossier will include studies on the theoretical perspectives that dialogue with the Marxist repertoire, such as the Political Economy of Communication (EPC) and Cultural Studies. In order to do so, we are interested in themes related to the history of Marxist reading on communication and culture, allowing thoughts about the contributions, especially in Latin America, of the approximations and differences between distinct academic approaches and schools, as well as on the necessary critical revisions of this legacy.

In addition, it aims to foster reflection and action in the present time, bringing to light studies that work with Marxist contributions in an attempt to understand the restructuring of capitalism; information and communication technologies as the technical basis of the system and its relationship with financialization; cultural production in the context of the crisis of capital; the Internet and the challenges associated with spreading of surveillance practices and the commercial use of personal data; in addition, of course, the role of communication systems in the architecture of power, a central problem at a time when media companies are participating in the overthrow or weakening of democratic regimes in several countries.

Deadline for submission of articles: September 30, 2017 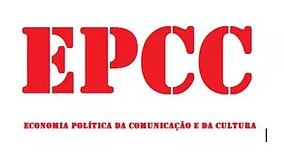